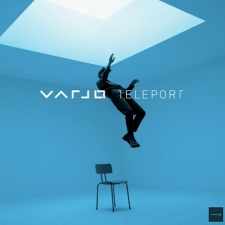 While Varjo's announcement of its brand new consumer VR headset, the Aero, understandably took all the headlines today, today's live stream also revealed something that could arguably be even more exciting in the long term.

Varjo Teleport VR is a professional collaboration tool that enables design teams to move their work from the real world into the cloud. Aleksander Langmyhr, Director Teleport VR, explained that multiple users will be able to take any 3D model from CAD, then drop it into VR for teams to view, rotate, expand and manipulate in real-time.

That's pretty neat, but more exciting than a new $2,000 headset? You might be able to guess where this is going when Langmyhr says, "Our thought of the metaverse is grounded in reality," explaining that it's easy to scan surroundings and objects to import into Teleport, then view those models either as thumbnails or in full size via VR or PC.

First step towards a photorealistic metaverse

While watching the live stream, we first imagined being able to scan avatar costume items or weapons for games, but realised we were aiming low when the demo brought up a thumbnail section of real-world streets.

Using Teleport, developers will be able to scan a real location that could be used in a game, but again, even that's not aiming high enough for Varjo. As Langmyhr says this is the, "First step towards a photorealistic metaverse".

Expanding the thumbnail of those Spanish streets to a 1:1 scale during the demo, they could then drop avatars into the scene - much as you might in Google Maps. Then users would be able to explore the environments for themselves.

We're as jaded as anyone with everything under the sun being hailed as a precursor to the metaverse - see our recent Focal Point on the subject - but as a way to connect the real world with the virtual that should readily scale, this looks like the real deal to us.

Teleport VR will be offered as a tool for business use with a monthly subscription, but Varjo didn't rule out a consumer version at some point. The closed beta is running now, with the software intended for release in early November.