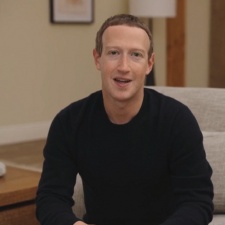 October 2021 will forever be remembered as the month the VR hardware industry shat its collective guts with manufacturers clamouring to place a flag in the sand ahead of today's Facebook Connect and the much-anticipated announcement of a Quest 2 Pro that would take the best-selling headset into an unreachable stratosphere. And yet, it never happened…

Facebook must have been laughing up their sleeves, knowing that they had no intention of announcing a new headset. Instead, the event zeroed-in on the metaverse. Right from the get-go and CEO Mark Zuckerberg's intro, the pre-show reel was heavy on words like, 'future' and 'forward-looking', ultimately concluding that, "This future will be made by all of us".

The live stream got straight down to business with CEO Mark Zuckerberg speaking about the metaverse and Facebook's vision for the successor to the mobile internet. Zuck's made no secret of his ambitions to develop the Facebook brand beyond a social media company to become a key player in the burgeoning metaverse.

Today, the CEO reminded us that Facebook was originally born in a particular place and time - and things change. Henceforth, Facebook shall be known as 'Meta'. We don't yet know if that change refers to the name of the app, the URL or as a parent company, but it's an important indicator that Zuckerberg feels the company has outgrown the original brand.

What's in a word?

Rather than try to encapsulate the entire Facebook Connect keynote presentation in one article - much though we'll try in a bit - maybe it's even more instructive to look at the language used. If you were going to construct a word cloud based on repetition, then it would have to include:

That common language tells us that Facebook (Meta?) is targeting the creator community - both professional and consumer. Indeed, they conceded later in the stream that it will take hundreds of thousands of creators to make the metaverse happen.

Teleporting around the metaverse will be like clicking on a link on the internet.

Facebook is usually pretty dedicated to tying profiles to real-world credentials, but today's Connect was interesting in a couple of ways in that regard. Firstly, they acknowledge that people might want different avatars for different purposes, such as photorealistic for work, stylised for social - and maybe another for gaming. Zuckerberg even conceded that users might want to log in for a work meeting without using their personal facebook account; something they're working on a solution to right now.

Today's briefing reiterated Facebook's position that it can't create the metaverse alone, which is why it's looking at interoperability where items will be usable across experiences. To achieve this, it's looking at crypto and NFTs, but also building ecosystems and even getting involved in establishing real-world governance. That sentiment alone will trigger the Zuckerbot conspiracists who fear nothing more than global domination.

Regardless, the stated end goal is that, "Teleporting around the metaverse will be like clicking on a link on the internet".

Most feel that the metaverse will be accessible via VR, AR, computer or phone, but Facebook is looking at natural interfaces too. Instead of typing, users might employ gestures, words… or thoughts. Neural interfaces?
Don't worry; Zuckerberg isn't building the Matrix - yet! Instead, he's referring to interfaces like EMG input from wrist muscles combined with contextual AI, which can turn neuromotor signals into commands. It could make for an intuitive, low friction interface for most users, or we can speculate that it could help democratise the metaverse for the less able-bodied.

If this sounds like far-off science fiction, then Zuckerberg reckons that a lot of this will be mainstream in the next 5-10 years.

Spark AR is Facebook's toolset/platform for developers looking to create anything from effects to full experiences and if today's quote quota is anything to go by, then Menlo park is doubling down on this tech. They are currently working on building tools to include 3D objects and real settings with depth and occlusion, as well as a marketplace for 'hundreds of thousands' of creators to sell their work.

Zuckerberg led the conversation through multiple sectors, starting with games and the news that Oculus has partnered with Vertigo on five new games.

We also found out that the perennial poster child for VR games, Beat Saber, has achieved $100m lifetime revenue on Quest alone - with more artists to come next year. Population: One gets new content this year, as well as Blade & Sorcery Nomad coming to Quest.

One of the biggest concrete announcements was that 2004's GTA San Andreas is coming to Quest 2. Okay, it's a 17-year-old game - wait, is that right? - but WHAT a game! Shame they couldn't even share a single screengrab...

Intriguingly, we were promised more news in the 2022 Oculus Gaming Showcase, date unknown.

Fitness is a huge market, with Zuckerberg predicting PVE metaverse boxing bouts against fantasy bosses, PVP basketball against friends or training with professional athletes. Facebook will release fitness accessories that include controller grips and a wipe-clean facial interface next year.

Of course, work featured here too - with the recent launch of Horizon Workrooms - but other use cases included education too. In terms of commerce, then brands will sell both physical AND digital goods in the Facebook metaverse future. The concept being that, 'Interacting with fans beyond the comments box humanises commerce'.

We have years until the metaverse we envision is a reality.

Humility and the ecosystem

Zuckerberg spoke of the humility he has gained in the last five years, learning that building products isn't enough; the future needs ecosystems too. He suggested that existing business models are, "Holding back the entire internet economy," which is why Facebook will continue to either subsidise devices or sell at cost. With this in mind, they will support sideloading or PC access so that the Quest store is not mandatory.

Everyone's favourite VP of AR/VR Andrew 'Boz' Bosworth popped up to treat us to some insight into what Facebook calls, 'The Presence Platform' starting with Mixed Reality experiences on Quest 2. Beyond that, he revealed a couple of neat SDKs that should help aspirational developers get their game on faster, including standardised hand and voice interactions, as well as passthrough API.

Nick Clegg, VP global affairs promised that Facebook would develop the metaverse in a responsible way and keep people safe, lamenting that the speed of emerging tech had previously left policy makers behind.
He observed that, "We have years until the metaverse we envision is a reality," before announcing the company's intention to be transparent about what data is collected and how it's used, as well as offering meaningful parental guidance.

Cambria tech is expected to trickle down into the Quest line of products over time.

What about all those Quest Pro leaks?

The internet was positively awash with rumours about a Quest 2 Pro hardware reveal as part of this year's Facebook Connect. We'd heard nothing to substantiate the rumours, which is why we didn't report them - and much though we wanted to believe, it just wasn't to be.

Instead, Angela Chang, head of VR devices introduced us to the notion that Project Cambria would be coming our way sometime next year. Maybe.

Zuckerberg said that it's a completely new and advanced product, albeit compatible with the Quest platform. Featuring eye-tracking and expressions for avatars, plus high-resolution colour passthrough, as well as 'pancake optics', the CEO also suggested it would come in at a premium price point. Cambria tech is expected to trickle down into the Quest line of products over time.

It will take, 'A dozen major technological breakthroughs,' to get to the metaverse.

Chief scientist Michael Abrash's usual future-gazing address was reduced to explaining the Facebook roadmap this year, but it was notable for observing that it will take, "A dozen major technological breakthroughs," to get to the metaverse.

As consulting CTO John Cormack himself said in his address later the same day, this is the first time in a long time that a Connect event hasn't featured a new headset. He noted that with lapsed users, more value needs to be added to the equation, whilst he maintained that Quest 2 offers a compelling baseline.

Interestingly, Cormack expresses interest in a higher value headset, 'coming up next', even though, "It might place a price floor on things". He also now anticipates a time when hand-tracking will replace 6DOF controllers, stepping back from his previous position regarding control interfaces.

Cormack predicts that software now represents better opportunities for improvement in XR than hardware. He's also an advocate for eg: Android apps to take advantage of $Trillion apps, rather than expecting them to work within Oculus constraints.

None of that notwithstanding, Zuckerberg promised that, "The future is going to be beyond anything we can imagine".

We're big fans of what Facebook has done for VR since acquiring Oculus in 2014, but despite all today's heartfelt claims of interoperability in the future, today - right now - they make it really hard for us to link to - let alone embed - the video of today's live stream to share with you, dear reader.

You should absolutely watch it for yourself on the Facebook Reality Labs page, but if we can't easily share a flat video with you outside of the Facebook ecosystem - there's that word again - then what hope for a more complex metaverse?

We are totally sold on the metaverse future, but maybe not this particular future. Then again, who's going to argue with Facebook/Meta and its enviable war chest?