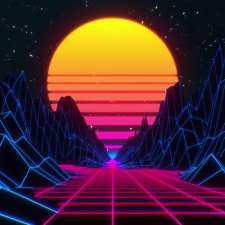 October 2021: Let's talk about the topic that's everywhere at the moment - the metaverse. Some insist that a true metaverse can only exist in XR, while others claim that it will be meaningless without blockchain. Given our obvious passion for VR, AR and MR here at TheVirtualReport.biz, we put one question to our expert panel...

Does the metaverse = XR?

"Names apart, I’m sure that AR and VR will be fundamental in our future in the next 10 years and they will let us meet and connect in an unprecedented way. You name this the way you want."

"The architecture of the metaverse is something which causes a great deal of consternation: this is a good thing! But certainly the metaverse is not this or that, it’s more accessed and developed possibly - in my opinion - by osmosis, rather than having these big tech pillars that we should somehow build the metaverse around.

"One of the key elements of the metaverse that excites me the most is the democratisation of access and our friends in technology mega corps are going to be pretty pissed when they realise they can’t control the crazy. I want the metaverse to be something that unites us, rather than divides us, as gaming has over the past 40 years.

"But is it an XR boomtown? Possibly, but that depends on the democratisation of access which pivots entirely upon the tech pillars."

What we can all agree on at this stage of the (overblown) hype cycle is that no one really knows or can be The One to define it.

"Many people take the dictionary definition (i.e. what Neal Stephenson coined in Snow Crash) of the metaverse to be a virtual reality-based internet as the only true meaning. Others argue that it will encompass many types of xR devices and shouldn’t be limited to just VR.

"Many will claim to be creating it - or more importantly, the walled-garden version their company and organisation can profit from by aligning their fledgling platform to the term. Some will start attaching the term to everything and anything in order to get clicks, likes and seem important, or in-the-know. I think what we can all agree on at this stage of the (overblown) hype cycle is that no one really knows or can be The One to define it.

"Ultimately, the metaverse is nothing more than the overarching term for the next stage of the internet, or web3.0. Whilst it might be used descriptively by some, many users will probably carry on using the internet in its new form without needing to redefine their lexicon, since ultimately it is just the underlying technology, APIs and network protocols that everything online will run off - enabling augmented, virtual, mixed reality data to co-exist within and between the user and the device based upon where they are physically, or metaphorically.

A mixed reality multiverse will become part of everyday life in the next two to three years.

"What's really exciting is the prospect of a metaverse that integrates seamlessly with the real world. Controversially, I don't fully consider platforms like Fortnite and Roblox - each with their own web-based sandbox world to play in - as part of the metaverse. They are each their own worlds, totally separate from the physical. When digital and physical worlds can interact and blend, that's when the metaverse will truly become what it promises to be.

“With developments in Lidar scanning and occlusion, it’s already possible for digital objects to interact with physical ones. It's just not something that the mass market has engaged with yet. The arrival of consumer AR wearables will make this a reality - and we won’t be waiting long. I predict a mixed reality multiverse will become part of everyday life in the next two to three years, from work-based environments through to lifestyle and leisure worlds.

“Some may argue that the Metaverse will be meaningless without blockchain. I disagree. I don’t think it's a necessity for blockchain technology to be involved in the evolution of the Metaverse. However, I do think it's inevitable.”

The term 'metaverse' has become the universal panacea for everything gaming.

"The term 'metaverse' has become the universal panacea for everything gaming. As someone who has been involved with the design and development of social virtual worlds - i.e. PlayStation Home - the term means something solid for me.

"A metagame is an experience that connects with other experiences in a common interface that requires that assets from one must persist in all of the others. That has to be more than just cosmetic in my opinion, because without function as well as art, the experience isn't a proper metagame.

"XR applies where various users can engage with an experience across multiple devices - such as VR or flatscreen console - with a persistent presence. So I can access the experience via VR to meet a friend on their living room TV.

"Blockchain clearly could help, as smart contracts can create a set of common rules so that each different experience in a multiverse can function consistently. But platform holders will want to control the economy and that would be very challenging without some kind of centralised server model.

"As much as I'd love the metagame to be real, I fear that brands will make it near to impossible. Will FIFA, Disney, etc really allow you to take their items into spaces that don't fit with their brand identity?"

"The definition of metaverse seems to be one of the biggest talking points, especially between those of us working on some of the elements it might eventually consist of!

"Right now we’re at the point where multiple metaverses exist on a variety of platforms (VR or otherwise) with varying input methods and interoperability. The long-term ‘sci-fi’ vision is that there would be a single metaverse and moving between ‘worlds’, which is a catch-all for anything you’d be able to do, would be effectively seamless.

"I read recently that a true metaverse would only represent interactions in 3D, which also seems to be throwing away a lot of convenience and introducing delay to performing actions simply for some perceived immersion increase.

"Ultimately, I think individuals will be able to customise how they interact and interface with each world and they can choose the way they wish to work, play and interact with any particular world."

Just like radio still has a place in our lives, non-XR platforms will remain relevant in the metaverse.

"A key component for the metaverse to exist is integration through a common and persistent economy across experiences, which is why blockchain should play an important role in it. But that should be platform agnostic.

"I believe in paying attention to what kids do now to be able to have a glimpse of the future. To that effect, my 14-year-old daughter is already living some version of a metaverse in a combination of Sky: Children Of The Light and Discord, while my 9-year-old is living her version of the metaverse in Roblox. None of them are XR.

"I believe the ultimate manifestation of a metaverse will exist in XR, but just like radio still has a place in our lives, non-XR platforms will remain very relevant in the metaverse."

The one thing our panel can agree on is that nobody can agree about the metaverse in 2021.

For a word that seems to be everywhere we look at the moment, the digital creative industry still has yet to agree what 'metaverse' actually means - and that's before we can even communicate it to the public.

We're treated to an incoming tide of press releases here at TheVirtualReport.biz and we increasingly see everything described as the metaverse, from multiplayer games to video conferencing hardware and more.

We're all sci-fi nerds here and to us, a metaverse is nothing short of what has been portrayed in The Matrix, Ready Player One or Sword Art Online. But as we've seen above, that isn't necessarily what it means to everyone. While neural interfaces are still a ways off, the best way to engage with shared experiences will be via VR or AR, but that doesn't preclude access through conventional flatscreens.

From democratisation of access and real world interactions to concerns about walled gardens and the power of big brands, the one thing our panel can agree on is that nobody can agree about the metaverse in 2021.