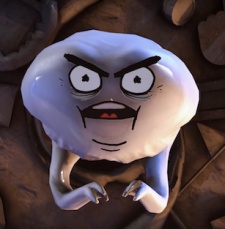 Following success on Steam as an HTC Vive exclusive game, Accounting+ is bringing the same misleading, chaotic and comedic experience to console VR. William Pugh, famous for designing The Stanley Parable, partners with Rick and Morty co-creator, Justin Roiland, who adds his unique sense of humour and voice to the game.

When asked by Geoff Keighley at The Game Awards how the two started working together, Pugh said, “I lied to Justin about working at Epic Games… he believed me, and I apologised.”

According to an online info section, 'It's a PlayStation VR EXCLUSIVE... FOR NOW...' So it's a timed exclusive for console, presumably with PC and Vive to follow.

Accounting+ will be available on the PS Store on 19th December.