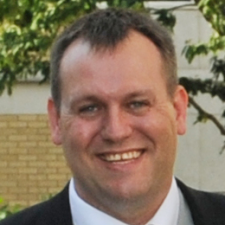 Making the switch from flatscreen games development to VR was an easy decision for Jon Hibbins. He remembers the first time he experienced VR for himself, at an indie gathering in Dalston, London, “I put the DK1 on my head and immediately, I saw the future. ‘I don’t want to do non-VR anymore. This is it; I’m switching right now.’ It was that black and white.”

In 2015, he founded Psytec Games with Nick Pittom and they brought the dungeon crawler that Hibbins had been working on into VR, where it became Crystal Rift. Their next project was Ilja Kivikangas’ Windlands, which has been released on HTC Vive, Oculus Rift and now PS VR.

How did the game’s development differ on console from PC?

“We had the benefit of the game being tested because it was already on Steam and Oculus. The time in that environment allowed the game to mature so we made sure customers’ wants were mostly covered.”

The PS4 is underpowered compared to the high end PCs that are needed to run Rift or Vive; what impact did that have on developing the same game for console?

“In our case, there was one fundamental issue, which was that the hardware struggled to do realtime shadows on the scale of the Windlands worlds. The environments are huge - 2.2km cubed – they’re a massive amount of space and an awful lot of polygons to be pushed.”

How did the team work around hardware limitations?

“Once you’ve got the hardware static, it gives you a huge benefit in the fact that you can get the best out of the hardware and make changes that better suit it.

“We did a baking process that took five people nearly four months of extremely laborious work, but it’s paid off as the game runs so well at 90 FPS, 1.4 oversampling; it looks great and runs great - we managed to reach the holy grail of 90 frames per second. We’re pinching ourselves because the PlayStation version is just so good; it’s comparable to the Oculus and the Vive.”

How does releasing a game on PS VR differ, other than hardware spec?

“Sony’s the hardest to publish for; it’s a curated environment and not everybody can publish on a PlayStation. Apart from the extra work to optimise for the hardware, it’s cost us money to do the process; we had to get age ratings and translate into 15 languages for store content for example. [PS VR] is the toughest and it’s been the most challenging for us - and we’re really happy we’ve done it - but it was definitely the most difficult to publish for.”

“As far as the other two platforms go [Rift and Vive], the differences between them are so minor that I’d recommend publishing for both of them, especially when Touch is commonplace. It’s one compile essentially, with a switch for the headset.”

Speaking of Touch, how do the various input controls compare for your game?

“Windlands lends itself to input very well, because you have the two hooks and one in each hand. The Vive controllers are pretty good, but the Touch controller is the best way to play it. Both the Vive and Move fight against us a little bit because the hardware isn’t amazing, but Oculus developed hardware that is almost perfectly suited to Windlands.”

What’s the biggest challenge in releasing a multi-platform VR game?

“The challenge isn’t so much releasing for those environments, it’s getting to the point that the public will think your game’s great. Everybody’s really different in VR; it’s not like a 2D game. VR is a different experience to different people and the more options you can give people, like comfort and sensitivity, the better.”

What does the future hold for VR?

“VR is the future of gaming. The headsets are going to get faster, lighter, better, more comfortable, higher resolution and everything will be VR in the future; we’re going to leave non-VR behind.

“At some point, there will be enough people with VR headsets and a game will come out without VR and people will say, ‘I’m not going to buy you unless you have VR support.’ By the time PS VR’s a year or two old, there will be mobs of people pressurising the people that makes games saying ‘Give us the VR version please.’ And that pressure’s going to build and build...”

Jon Hibbins has over 25 years of experience designing and writing games and enterprise business software. His first published game “Squigs” appeared in the Amiga Power Magazine on the September 1993 coverdisk which has also recently been updated and released on the IOS platform. He released one of the first ever HTML editors, Enhanced HTML, has developed a successful and growing bucket list social network, PopClogs, and is CTO for iVPlatform, a world leading digital voucher company. He is now excited to be working on the cutting edge of virtual reality design projects.

Windlands is available now on the PlayStation Store.

EGX 2016: How Windlands' developers listen to the community