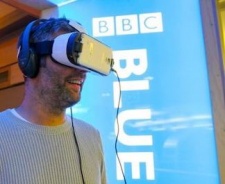 British broadcaster, the BBC, is establishing a new VR studio with a focus on creating original content to help bring XR into the mainstream.

The VR studio will act as a spearhead for VR production; creating pieces across a range of genres to appeal to regular consumers of BBC content. Acting as a hub internally, the VR team will work closely with programme makers and digital experts to maintain quality and keep content on message.

A mission statement states that the new VR studio will focus on producing a small number of high impact pieces that have broad, mainstream appeal. Bringing VR into the mainstream is one of the BBC’s targets.

Zillah Watson, Head of Content Commissioning at the VR Hub said, “With the credibility and trust the BBC has, along with the size of our audience and intimate understanding we have of them, the BBC can play a crucial role in bringing Virtual Reality into the mainstream.”

The BBC has been experimenting with VR tech over the last few years. Past pieces produced by the BBC include We Wait, available on the Oculus Rift, The Turning Forest, available on Google Daydream and Gear VR and Home – A VR Spacewalk, recently released in the Oculus and Steam stores.