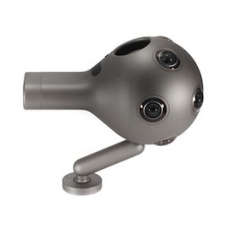 Nokia is to, ‘Halt development of further versions of the OZO VR camera and hardware’, citing the, ‘Slower-than-expected development of the VR market’ as the reason behind this decision in a statement. The company intends to maintain commitments to existing customers.

Nokia is to cut up to 310 jobs from its Technologies division across the company’s sites in Finland, the US and the UK.

Facebook’s Mark Zuckerberg - who led the charge in the $2bn Oculus acquisition in 2014 - has repeatedly called for patience as the market matures. In this year’s Q1 earnings call, he reiterated this saying that VR, “Won't be a big part of the business for a while”.

Graeme Devine of Magic Leap takes a similar long-term view for MR, saying that while it will be everywhere, “We have to make that 10-year journey to get there”.

Nokia And Xiaomi Take On The World