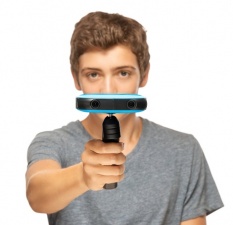 The accompanying Humaneyes VR Studio software provides fully automated production and editing tools that deliver the industry’s fastest rendering of VR content in just minutes. The Vuze Camera will allow prosumers, filmmakers, video and production industry pros, and virtually anyone to create incredible stereoscopic VR videos and still pictures at the push of a button – all in a camera small enough to fit in a pocket.

"We're excited to officially bring the incredibly simple to use, affordable and highly portable Vuze VR Camera to the market,” said Humaneyes' General Manager of North America, Jim Malcolm. “Consumer-grade 360 cameras may be easy to use and affordable, but they don't provide the depth of VR video that filmmakers and the creative community now require to tell their stories."

The Vuze Camera is available for order now at $799. The version of the software for Mac will be available this summer.