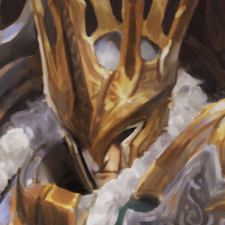 Sony is showing four PS VR games at the ongoing Chinajoy 2017 event, all confirmed for Western release. Three of the games are being developed in China and all are the result of a partnership between Sony Interactive Entertainment and Asian developers.

Although we first saw Gattai Games’ Stifled at E3, it’s great to see this stylistically daring game again. Taking on the role of a character called David Ridley, you’ll battle the eerie consequences of a tragic event which has darkened your world. But this is no ordinary horror game… the twist is that making noise is the only way you can see the environment around you. This immerses the player in Ridley’s world and encourages tactical sound play using echolocation to reveal your surroundings. Thanks to the headset’s built-in mic, you can use your voice to help illuminate the way, as well as interact with items you find.

As you progress through the game, you’ll discover the importance of strategic gameplay as the sounds you make not only help you to navigate, they could also alert lurking enemies to your presence; it’s an audio awakening in which enemies hear your fear.

From Chinese developer Haymaker comes The Walker, a fantasy combat tale. You are the distant descendant of the ancient Fangxiang family, whose mystical mix of swordsmanship and sorcery hasn’t diminished through the ages – which is just as well: the world needs saving from a demonic militia.

You’ll need to uncover and master spells and charms to defeat these invaders, and infuse weapons with special powers. Set in historic Shanghai, the unique sights and sounds will envelop you as you battle between sweeping boss showdowns.

Kill X, from VIVA Games is a claustrophobic thriller set on a secret island, where players uncover horrifying experiments on human subjects by an organisation determined to realise immortality, no matter the cost.

As you veer between the past, present and future of these experiments and their aftereffects, you’ll battle through swarms of the island’s unfortunate inhabitants. There are puzzles to be cracked and ever-more powerful weaponry to be found as you dig deeper into this mystery.

The third China-developed game shown in Shanghai was this real-time strategy game from ChangYou Games. You’ll select a commander and form an army, picking units with specialised attributes to steamroll the battlefield and use special cards to cast spells on the battlefield.

With three races – Orcs, Humans and Elves -pitched to fight against one another under the evil influencer of an ancient demon you must find the right blend of skills to defeat enemy armies and restore harmony to the world.