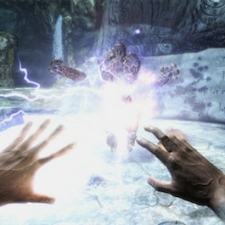 The Elder Scrolls V: Skyrim VR Is getting a hardware bundle for its 17th November release. The bundle includes the PS VR itself, Camera, two Move controllers and Skyrim VR — including the Dawnguard, Hearthfire, and Dragonborn add-ons. Also included is an updated PS VR Demo Disc that features demos from 13 PS VR titles.

This hardware will be the updated PS VR where the headphone cables can be integrated with the headset, and a slimmer connection cable, as well as supporting HDR passthrough. You can read more about the updates in our previous article.

The PlayStation VR Skyrim Bundle will launch alongside the game on 17th November in the US for $449.99 USD and in Canada for $579.99 CAD.

Is Meta failing to ensure children's safety online in VR?