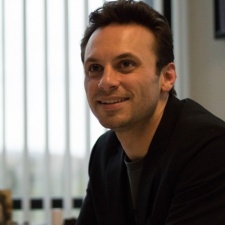 Iribe founded the company along with Palmer Luckey, Michael Antonov and Nate Mitchell back in 2012.

The Kickstarter campaign the company led back then raised $2.4 million and reignited the virtual reality industry - a sector that’s still fighting on today with major multi-million/billion dollar deals.

Oculus itself was acquired by Facebook for 2014 in for $2 billion - a figure that was later revealed to be $3bn based on company targets and retaining key staff.