Wireless VR For Any Platform 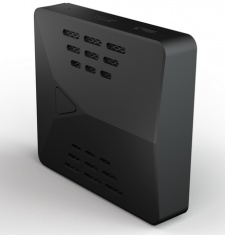 RivVR, a product of Cloud computer company Sixa, gives wireless functionality to Oculus Rift and HTC Vive. Release is planned for Spring 2017 at a price of $200 to $300, but for now the product is in private beta, for which you can subscribe on RivVR’s website or follow the company on Twitter to find out more information on getting involved.

RivVR works by plugging the USB, HDMI and battery cable on the HMD into the 300-gram device, then connecting it to the same Wi-Fi network as the computer, making the signal from the computer go directly to RivVR for wireless functionality. RivVR claims the device, “Shows zero latency for modern VR headsets and that means you can play any game without annoying wires.”

The market is certainly there for wireless functionality, with TPCAST’s wireless Vive upgrade selling out in 18 minutes. RivVR, at a similar price, provides that functionality for any headset, meaning it could become a universal go-to product for VR users looking to go wireless.