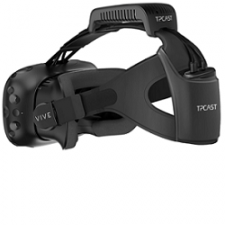 A new VR upgrade kit for HTC Vive will be available to pre-order at 7am Pacific today for $220. Developed by TPCAST, one of the companies to join ViveX Accelerator, the clip-on upgrade device turns the Vive into a wireless headset. Delivery of the kit is expected to begin in Q1 2017.

In a press release, HTC announced that, “this kit will enable for the first time, users of high-end PC VR systems to have a fully untethered experience without compromising quality on all current Vive VR devices.” The upgrade kit will only be available in limited quantities; order fulfilment will be prioritized to existing customers who can provide a valid Vive serial number.

More comfort and convenience has been an ongoing plea from VR consumers, particularly for the Vive, where users are moving around a lot more in room-scale experiences. Even Stuff, a tech magazine that gave HTC Vive its Gadget of the Year Award, acknowledged that the headset has hefty requirements in terms of patience and space. To compensate, some manufacturers are working to bring VR-ready backpack PCs to the market in 2017. This still won’t get completely rid of the inconveniences that come with tethered VR, so it is likely that a completely wireless headset would be the go-to for consumers.

However, HTC has not made any official confirmations on local releases for the upgrade kit, or whether it will be included in future models of the Vive. For now though, here’s a video of Alvin W. Graylin, China Regional President of Vive, sampling an upgraded Vive headset: