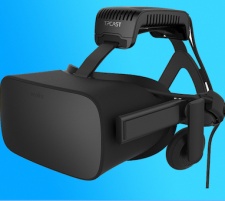 Wireless VR innovator, TPCAST, is bringing its adapter for Oculus Rift to Europe.

In a bid to remove cables from traditional tethered VR setups, TPCAST’s latest wireless adapter preserves video quality and performance by establishing a connection between the PC and Rift headset.

Supporting 2K video transmission, 90FPS and sub 2 millisecond latency, the adapter is intended to save space and remove trip hazards. The adapter is built to attach to the top of the Rift headset, allowing users to roam freely.

Michael Liu, CEO at TPCAST, said, “TPCAST is committed to supporting the Oculus Rift headset with our unique wireless technology solutions, and provide VR users a high quality, immersive VR encounter… With the TPCAST wireless adapter, we will be changing the VR usage and experience by providing the complete freedom of movement with no cables attached.”

The Chinese company led its product delivery with pre-orders opening for the domestic release of a solution for HTC Vive last November.

The new TPCAST wireless adapter for Rift can be pre-ordered online for £349 (€389) from European partners, including Overclockers, and Scan in the UK.

The first shipments of the adapter are expected to arrive in Europe by January 2018, with the US market to follow.