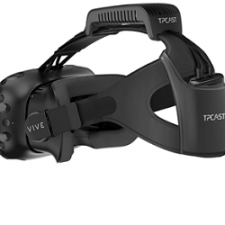 HTC Vive confirmed that the second round of pre-orders for TPCAST’s $220 wireless Vive kit will go live today at 3pm GMT on TPCast.cn. The pre-order is only for Chinese customers; Alvin W. Graylin, China Regional President of Vive, said on Twitter that those outside of China must, “Get friends in China to help make orders,” if they wish to get their hands on a kit. And, as the first round of pre-orders saw the kit sell out in just 18 minutes, you’ll have to be fast!

The kit includes a receiver that users plug their Vive HMD’s cables into, a router that connects with your PC, and a video transmitter that projects images back to the headset. TPCAST claims that the add-on adds less than 2 milliseconds of latency - essentially making wireless functionality have minimal to no effect on the Vive experience, aside from the benefit of not having to worry about cables. The headset-mounted battery should last for two hours.