VRDC: The Rise Of Augmented Reality In Construction 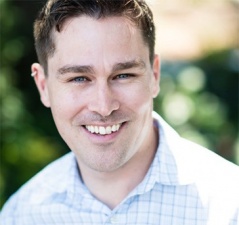 Scott Montgomerie, CEO and founder of Scope AR, spoke at VRDC about the rise of Augmented Reality in construction and building projects, writes Alex Handy. He said this industry will likely grow now that Apple has shipped ARKit to over 300 million devices, enabling them as AR viewing platforms overnight.

“AR is the future UI paradigm,” said Montgomerie. “It’s the way we're going to interact with data and the power of computers in the future. This is the culmination of a lot of things coming to fruition. The first is the Internet of Things: lightbulbs, doorbells, things that are not high tech but are now connected to the Internet. All this data is going to be stored in big data systems, and needs to be analysed by AI and machine learning algorithms. The output of those algorithms will be information, intelligence, and instructions. We're not going to interact with it in a traditional way. We're going to want to interact with it in a contextually relevant way.”

One of the major things Montgomerie expects is assembly instructions being presented via AR. Construction workers could envision an entire wall before putting it in place, or even sink beams into foundations without requiring a tape measure or other tools to ensure they’re putting it in the right place. This could also enable manufacturers to make assembly processes easier with 3D AR assembly maps projected in front of workers' faces.

Caterpillar is already doing something like this with its technicians and support staff. Users in the field can collaborate with Cat Liveshare AR, sending information and images to supprot staff, who can then help them with live advice on how to fix a problem with a bulldozer in the field, for example.

A Head Of Its Time

Thus, head-mounted displays are a major force in the future of AR, said Montgomerie. This means he’s very excited for the Microsoft Hololens, but he admits that device is fairly far from the needed capabilities. Primarily, its small field of vision and inaccurate object tracking need to be improved for industrial uses.

Montgomerie said, “By making AR more open to everyone, I think we're going to see interesting use cases come about soon. Applications that were previously limited to the Hololens will now be viable on everyone's phones and tablets. [Construction model viewing] is now viable on a phone. I think we're going to see a lot of innovation. This new way of experiencing data is going to introduce improved comprehension. This will help with knowledge transmission. This can go so far as to lead to on-demand knowledge”.

Do You Know Kung Fu?

He even went so far as to compare the potential of AR instructions with the Matrix, where Neo could have the instructions for Kung Fu or flying a helicopter instantly transmitted to his brain. Specifically, he said that AR will enable huge production optimisations, better quality control, and faster auditing of manufacturing processes.