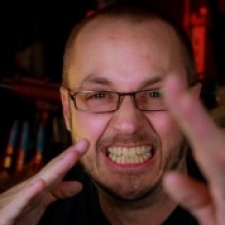 Social VR is a hot topic at every VR conference and convention right now. The industry seems obsessed with the idea of overcoming the perceived isolation of pulling on an HMD and retreating into a synthetic world. Facebook's role in Oculus demonstrates that the social possibilities were always there, but it seems games companies are keen to see what’s possible with multiplayer experiences beyond VR chatrooms.

What could be more collaborative than joining the crew of a starship? Especially a giant, complex one engaged in long-range diplomatic, exploratory and tactical missions, that will test every individual’s skills. That sounds exactly like the kind of environment seen on screen in Star Trek for over 50 years - and sure enough, fans everywhere are on red alert waiting for Star Trek: Bridge Crew to beam down.

The other hot topic right now is narrative; how best to script and direct immersive entertainment? Although offering a very different experience, after the Star Wars Battlefront Rogue One: X-Wing VR Mission, a Star Trek title must be the biggest franchise to enter the VR - ahem - space.

Red Storm Entertainment are the lucky developers behind Bridge Crew. Their official Star Trek game – where you and friends will assume the roles of key staff commanding one of the Federation's finest vessels – will be published by Ubisoft next month. Following his well-received talk at GDC this year, we caught up with Red Storm's Senior Narrative Designer Jay Posey, to talk about the challenges of combining both these VR hot topics to create sci-fi adventures for multiplayer VR.

The narrative opportunities for VR are still so unexplored, we don’t even know all the challenges we’re going to discover.

TVR.biz: What are the narrative challenges of working in VR? Is it a different discipline from writing stories for non-VR games?

Jay Posey: I think the narrative opportunities for VR are still so unexplored, we don’t even know all the challenges we’re going to discover, but for Star Trek: Bridge Crew in particular, many of the challenges have been similar in nature - but different in degree - to the non-VR games I’ve worked on. The fundamental issues of maintaining player engagement are still there; keeping the players’ interest, not breaking immersion, knowing when it’s safe to deliver narrative information, that sort of thing. I think the main difference for us was that when something broke immersion, it really broke immersion. The sense of presence is so strong in VR that when something disrupts it, it’s even more noticeable than in a non-VR game.

For example, player/NPC interaction is an area where we’re going to need further exploration and development. In non-VR, I think you have a little more flexibility on things like character distance and eye movement. In VR, if a character is standing too close or their eyes aren’t quite looking where they should, it can feel socially awkward or disconcerting in a way that might otherwise be ignored in non-VR.

What did it feel like, getting to play in the Star Trek universe?

Exciting and scary. As a team, we recognized both the opportunity we were being offered, as well as the responsibility that came with it. It was great to be given the chance to contribute creatively to such a legendary franchise, especially on such a new technology. For me personally, it was the opportunity of a lifetime and I feel lucky to have been able to play a part.

We tried to be mindful about using language that sounded authentic, while also being easy.

With Star Trek Bridge Crew you're inviting people to role-play as Star Trek characters. What have you written into the game that encourages them to do that easily, even if they don't know Star Trek that well?

We put a lot of thought into the user interface and game systems and how players would communicate with each other. We used familiar language from the franchise where possible and built that directly into the stations themselves, so people can use typical Star Trek terminology whether they’re familiar with the franchise or not.

Additionally, we use NPCs to help support and instruct players in how each of the roles might typically communicate. If you’re not playing with a full crew of four human players, AI will fill in, so when we wrote the dialogue for those characters, we tried to be mindful about using language that sounded authentic, while also being easy for everyone to understand from a gameplay standpoint. Our hope is that even players who aren’t familiar with the franchise might adopt some of the same ways of communicating.

It’s neat to see four strangers come together as a crew.

VR is often criticised as a very lonely experience. And yet Star Trek Bridge Crew by its nature must be collaborative. Is this the game that's going to prove VR is a social experience?

We certainly hope so! Star Trek: Bridge Crew was designed from the ground up as a social VR game, and from what we’ve seen so far, it’s proving to be an extremely compelling experience. In our play tests, it’s been really neat to see four total strangers come together as a crew over the course of just a mission or two.

What is unique about a Star Trek episode that you thought was most important to capture in your VR storytelling?

One of the things we worked hard to capture was the sense that solutions always came from the crew; that it’s up to the team of experts working together to find the way forward, whatever challenge they’re faced with. With the narrative and its presentation, we hope to give players the feeling that they’re operating largely on their own, with both the trust and the responsibility to represent the Federation’s ideals.

How does game design differ when it’s for such a well established franchise as opposed to an original IP?

Working with a well-established franchise provides a solid foundation to work from and strong creative boundaries. Those boundaries can be very beneficial in helping focus effort on things that contribute to the right experience. Often times with an original IP, you can get into situations where something might be a good idea, but you don’t have a way to evaluate whether or not it’s the right idea. With a strong franchise like Star Trek, we had a solid sounding board to test all our designs against. It was a huge help to us to work with John Van Citters and his team at CBS. They did a great job of helping us find places where we could stretch our creativity, while keeping us firmly on the rails of what felt right for the franchise.

We’ve worked very hard to honour and to respect the franchise.

Star Trek fans can be very demanding - how conscious were you of them watching over your shoulder?

Very conscious; possibly because so many of our development team members are huge fans, and were sometimes literally watching over my shoulder. The Star Trek fan base is so vast and diverse, we knew that we weren’t going to make every single fan perfectly happy, but we’ve worked very hard to honour and to respect the franchise that so many people love so dearly.

How do you avoid motion sickness?

There are a lot of factors that contribute to motion sickness in VR, so we’re taking a broad approach in trying to make Star Trek: Bridge Crew comfortable for as many people as possible. Some of those things are technical (like ensuring a consistent frame rate), but we also designed the game with motion sensitivity in mind. Keeping players’ avatars seated and visible, for example, seems to help anchor people in the virtual space and reduce motion sickness, which is why we don’t allow players to get up and wander around. It was a constant concern for us throughout the entire development process, so I think probably just about every aspect of the game has been evaluated for it at one point or another.

There’s no substitute for getting it in VR as soon as possible.

What's the biggest lesson you learned?

Prototype. VR has so much potential, but the technology is still so fresh that it’s easy to make bad assumptions. It really helped us that we had such a clear idea of the core experience we were trying to capture with Star Trek: Bridge Crew. Even so, we went through many iterations over the course of development as we learned what worked well in VR and what didn’t. There’s just no substitute for building something and getting it in VR as soon as possible, before you commit.

Star Trek: Bridge Crew will be available on Steam and the PlayStation Store on Tuesday 30th May.

For talks and panels about the business of creating immersive experiences, visit our own event VR Connects in San Francisco in June.