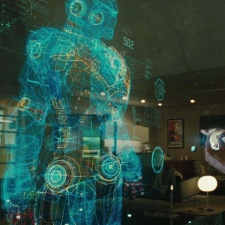 If it uses a headset to supply interactive images to a user’s eyes, it’s Virtual Reality, isn’t it? Of course not – but you’d be forgiven for thinking that was the case based on both mainstream media coverage and the general public that refer to everything headset based as VR. So, why the confusion between Virtual, Augmented and Mixed Reality?

As the first of the three to the market – if you discount the disastrous Google Glass and the wildly successful Pokemon Go – Virtual Reality is front and centre in the public eye. As such, similar technologies that follow will naturally fall under the same umbrella for consumers; that’s just human nature.

But the blurring of the boundaries also exists within the industry itself, with VR becoming a blanket term that includes AR and MR. This year’s Tokyo Games Show had a dedicated VR Area, standalone industry shows have cool names like VRDC and VRTGO and even we’re guilty of it by naming this site The Virtual Report. That doesn’t mean that we don’t show AR and MR any love – far from it! – but it’s a convenient shorthand. I don’t think The Virtual, Augmented And Mixed Report is quite so snappy.

Talk to your favourite aunt about VR and if she watches or reads just about any news provider, she’ll kinda know what you’re talking about. Mention MR and you’ve lost her - unless she’s really cool.

That said, there are differences between the three technologies, so let’s briefly define each in turn.

Cons: Can feel isolating; usage restricted to dedicated location and time – you can’t do anything else!

Pros: Smaller headsets could be used at any time; potential support and information in real-time for a huge range of activities, from shopping to surgery.

Pros: Creates unique experiences based on the world around you

Cons: Questions remain over scale and your environment. (Could you fit a whale in your living room?)

As you can see, VR, AR and MR take the central premise of head-mounted displays in different directions. While it may seem incorrect that AR and MR are often referred to as VR, they all serve up virtual experiences of one kind or another. With that in mind - definitions aside - it’s actually logical that VR is fast becoming a generic term for these headset-based experiences – and I’m OK with that.

This article was first published in 2016*.