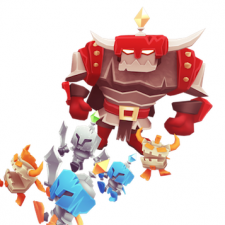 Subdream Studios has raised $1.5m in its first round of funding. The investment comes from a mixture of Japanese, Korean, Taiwanese and American companies that include DeNA, Cognitive Investment, Macro Ventures and HTC.

As lead investor in the Californian development studio, Cognitive Investment’s Heewoo Lee said, “There are many VR gaming studios out there, but the team at Subdream already released three unique VR titles this year, and they are going to the right direction that all the games will fit to the VR Arcades and home market.” Those three games are Kingdom Watcher for Gear VR, Mega Overload for Vive and Rift, as well as arcade based shooter, Survivors.

You can hear Jikhan Jung, Founder and CEO at Subdream Studios, speak at VR Connects San Francisco 2017 on the 28th June. Book your ticket now!