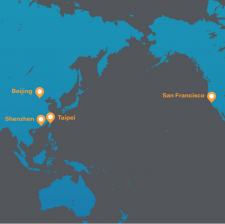 HTC Vive has announced the second batch of companies chosen to receive funding and support to grow the Virtual Reality ecosystem as part of the Vive X accelerator program. More than 30 new companies across San Francisco, Beijing, Shenzhen and Taipei have been selected to participate in the program with the goal of building and advancing the global VR and AR ecosystem.

“Vive X works with the most promising VR/AR companies to advance innovation and move the whole industry forward,” said Marc Metis, Global Head of Vive X. “We’re continuing to invest in and support the development of foundational platform services and hardware advancements, as well as expanding areas like enterprise, commerce, education, health, social, and eSports.”

In addition, the company is also opening Vive X in Israel, and currently looking for applications in that market. To find out more information on submitting and application to Vive X, visit https://www.vive.com/us/vivex.

The companies included in Vive X Batch 2 are: