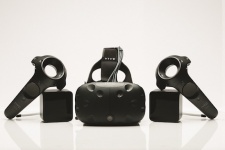 HTC has announced that it intends to sell its Shanghai smartphone factory for an estimated 147.76 million yuan ($21,399,613 ). HTC’s board decided to sell the 114,831 square metre facility to Shanghai Xingbao Information Technology Co to restructure its assets and fund expansion of its VR business.

The news was reported by China Daily, saying that, “HTC added that there were no implications for its business or staff levels and its production capacity would remain as planned.”

HTC’s annual revenue dropped by more than a third last year to NT$78.16bn ($2.55bn) from NT$121.68 billion, a fall of 35.77%. Demand for HTC’s smartphones is in decline, while the Taiwanese manufacturer is seeing growth in its Vive VR hardware. Zhao Ziming, an analyst at Beijing-based consultancy Analysys, commented, “"In recent years its smartphone business has declined rapidly, especially in the Chinese mainland market. After selling the Shanghai facility, the company will be able to use more resources to develop the VR business."