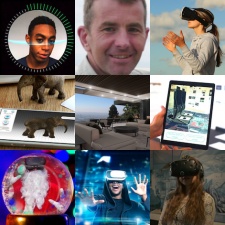 1) Augmented Reality: Like It Or Not, Only Apple's Ready For The Data-vomit Gush

The Register says it's all about AR... and iPhone has the X factor.

2) Virtual Reality Will Have Its Biggest Holiday Season Ever

Be There asks the question, then answers it by saying, ‘Nothing’!

Professor Mark Mon-Williams explains why VR headsets have different minimum age ratings, and what developers can do to avoid potential negative effects.

5) Building A Metaverse: Is Sansar A Smart Move Or A Risky Gamble For Linden Lab?

Linden Labs move from Linden World to Second Life and on to Sansar.

The New York Times takes a look at AR’s emerging role in property.

Venturebeat on the rising phenomenon of virtual property inspections.

9) The VR That Allows You To Become Your Own Therapist