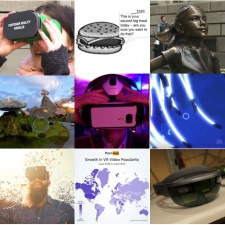 AdWeek finds that more people planned to buy VR hardware than actually did.

Why you won’t need to count your calories – your glasses will do that for you...

Television Business International looks at the role of digital video in advertising and media consumption.

Owen Harris delivers a TED talk about his VR game to ease anxiety.

6) Study: VR Twice As Effective As Morphine At Treating Pain

How companies like Firsthand Technology are using VR to ease pain for patients.

CNN Tech asks why most statues of notable people are of men.

9) How Intuit Changed Its Recruiting Game In 10 Days

A look at the ways VR can depict company culture to potential new hires.