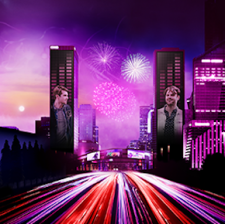 Paris.VR lets viewers experience a live-remixed version of ‘Paris’, the single by electronic and pop music duo, The Chainsmokers. The VR piece was directed by Brynley Gibson, Kuju’s Head of Studios and regular Focal Point panellist, and Russell Harding, and was developed by Kuju, in cooperation with brand experience agency, Ralph Creative.

“Working with Ralph Creative on this project, we knew that we had something special with Paris.VR,” said Gibson. “We’re delighted that our work with The Chainsmokers has been recognised with this prestigious Raindance award.”

The experience was created as part of Sony’s Lost In Music campaign and you can download it free for PS VR via the PlayStation Store.

Paris.VR is also shortlisted in the upcoming VR Awards and the Immersive Perspective Awards; with the winner of the VR awards to be announced on 9th October in London.