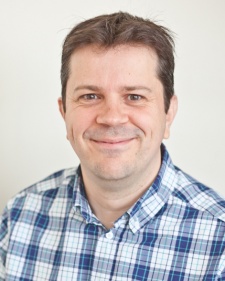 Patrick O’Luanaigh, CEO at nDreams, is one of 60 world-class speakers appearing at VR Connects London 2017 on the 16-17th January 2017. To hear O’Luanaigh speak in person, book your ticket now!

A: I founded and run nDreams. We develop and publish VR games and experiences on both mobile and high-end VR. We’ve released six VR titles so far.

A: VR allows highly unique experiences and acts like an emotion amplifier, making emotions like fear, excitement and awe much more powerful. We believe VR is changing the way that games are made for the better and allows more incredible, powerful experiences.

A: It has been pretty much as we expected. Like most new areas of technology, it has had a slow and steady start. We’re delighted to see the PS VR and Daydream launched now, as we believe both are going to be very significant platforms for VR moving forwards.

A: Better software, prices of hardware dropping, and better hardware being announced (particular in mobile VR).

A: All of it - especially networking with other VR developers and publishers.

Don’t miss your chance to hear O’Luanaigh speak at VR Connects London, at 11:20 on the 17th January 2017. Book your ticket now!

I started as a programmer and designer at Codemasters 20 years ago, working on Micro Machines V3. Prior to founding nDreams in 2006, I was Creative Director at Eidos, where I was responsible for the design and gameplay of all the titles there, including games like Tomb Raider Legend and Hitman Blood Money. nDreams is now 50-strong, and pivoted to focus solely on VR three years ago.