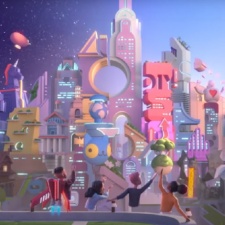 Meta, the parent company of Facebook, is set to move events from Horizon Venues to the Horizon Worlds platform. As a shared network of user-generated spaces, Horizon Worlds launched on Quest 1. Metawill shut down the original app in early June (support was already removed in January).

This move effectively cuts off Meta’s original Oculus Quest from access to the company’s social VR spaces three years after the headset went on sale.

Meta is now only granting access to Facebook users aged 18 and above living in the United States or Canada. Although Meta is bringing Horizon Worlds to more devices and more countries, it only runs on their Quest 2 and Rift headsets as of now.

The official post notes, “People over 18 in the US and Canada who have access to Horizon Worlds on Quest 2 will be able to access Venues programming in the Horizon Worlds app on June 6. If you’re not in the US or Canada, are 13 – 17 years of age, and/or are on Quest 1, you’ll lose access to Venues programming when the standalone Venues app goes away on June 6, though you’ll still be able to catch highlights and replays of Venues events in Oculus TV.”

The Venues app was originally called Oculus Venues and then became Horizon Venues. It was a host to a series of social VR watch parties for various events such as sports and concerts, including the recent Foo Fighters Super Bowl event, which was streamed in Venues despite technical issues.

The Venue’s events calendar will now continue inside Horizon Worlds. Horizon Worlds enables people to “jump between a game world to a hangout space – then head right into a big show with your friends,” according to the blog post.

Meta is reportedly preparing a high-end VR headset to launch later this year. It is currently called Project Cambria. The company plans to invest more than $10 billion yearly to build out efforts and eventually become a leading creator of wearable computers.

A version of this article first appeared on BeyondGames.biz.

Isa Muhammad is a writer and freelance video game journalist who covers a variety of content relating to the video game industry as well as the movie industry. He loves to read and hopes to read up to a thousand books before the end of his days. If he's not reading, playing video games or catching up on his favourite TV series, then he's probably writing about them.