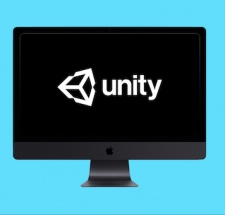 Working closely with Apple, AMD and Valve, Unity has ensured that the development software is integrated for optimal performance on Metal graphics API, as well as Apple hardware.

Tony Parisi, Global Head of VR/AR Strategy at Unity Technologies said, “The release of the iMac Pro puts virtual reality into the hands of even more consumers and creators. With Apple’s history of making new technologies mainstream, this is an exciting time for Unity and our developers… The future of VR has never been brighter. Now is the time to dazzle, surprise, and immerse an entirely new audience into the world of VR.”

Two experiences demonstrating VR on MacOS include Electronauts, that places users in the shoes of a DJ – with the ability to perform and produce music. The experience invites the user into a world of audio, powered by VR, with the intention of being accessible for users of all levels.

Cofounder and CEO of Survios (the creators of Electronauts), Nathan Burba said, "Electronauts' development process was one of near-constant creative experimentation and Unity allowed us to iterate quickly on our designs and rapidly prototype new ideas as the experience evolved".

Gravity Sketch is a multi-platform 3D creation tool which can be used to create 3D objects in a VR environment. With industrial designers and automotive designers in mind, Daniel Thomas, CTO of Gravity Sketch, said, "Thanks to Unity we are now able to reach an entirely new segment of creators, making it easier than ever for them to turn their ideas into reality.”

Unity can be downloaded now for Windows and MacOS.