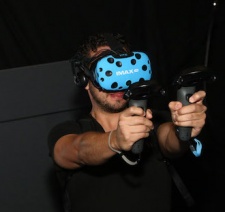 The first European VR centre from IMAX is now open in Manchester, UK, following a series of openings across North America and Canada. Beginning in Los Angeles, IMAX plans to broaden its reach with the new experience centres by taking a leap across the pond.

Tickets cost between £7.50 and £10.00 and you must be 13 years or older to use the headsets. Booking a time slot for each experience can be completed online and is recommended by IMAX in order for each customer to make the most of their time at the centre.

Manchester’s IMAX VR centre is one of many planned openings outside of the USA, including the new pilot centre in Shanghai.