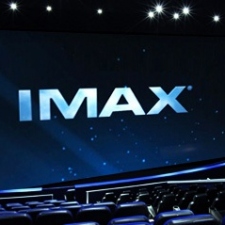 IMAX Corporation announced the completion of the first phase of a $50 million VR fund between IMAX and other investors to help finance the creation of at least 25 VR content experiences over the next three years for use across all VR platforms.

Richard L. Gelfond, IMAX Corp. CEO said, “We will be leveraging our collective relationships with world-class filmmakers and content creators to fund VR experiences that excite and attract a larger user base to capitalize on opportunities across all VR platforms including IMAX VR.”

Investors include Acer, CMC holdings, previously known as China Media Capital; Enlight Media, The Raine Group, Studio City, and WPP. Most of these investment partners are based in China - adding to the country's leading adoption of VR technology - but the inclusion of WPP, a leading multinational advertising and marketing services company, shows that IMAX’s ambitions in VR are not limited to China alone.

IMAX is in the process of launching its first pilot IMAX VR centres in Los Angeles and at ODEON & UCI Cinemas Group’s Printworks multiplex location in Manchester, England. Test facilities in China, Japan, the US, the Middle East and Western Europe will also be opened in the coming months. IMAX plans to use these locations to monitor overall customer experience, pricing models and the types of VR content featured before rolling out the concept globally to select multiplexes and commercial locations.