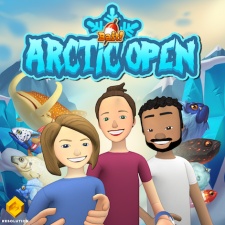 Following more than two million downloads of Bait!, their firstVR fishing game, Resolution Games has launched a new entry in the series titled Bait! Arctic Open. The game will be available exclusively for players in Facebook Spaces, Facebook’s social VR app where you hang out with friends in a fun, interactive virtual environment as if you were in the same room.

Bait! Arctic Open turns virtual fishing into a multiplayer experience, connecting players with friends and family from around the world. Facebook Spaces users can now gather around a virtual fishing hole together, competing to catch the biggest fish in the game’s tournament mode or just leisurely casting a line while catching up with their social circles. At launch there will be 13 different fish in the game such as the Icy Tuna, Polar Perch, Shivering Shrimp or Penguin Salmon.

“Fishing has always been at its most fun when done with friends, and thanks to Facebook Spaces, we’re able to bring the social side of fishing to a virtual environment,” said Tommy Palm, CEO and co-founder of Resolution Games. “Facebook Spaces has made incredible leaps when it comes to social engagement feeling genuine within VR. This makes experiences like Bait! that much more amazing to share with friends and family.”

Facebook Spaces users will be able to use all the regular Spaces functionality of drawing, collaborating, socializing, taking selfies, making Messenger video calls, and sharing their catches socially across Facebook while playing Bait! Arctic Open.