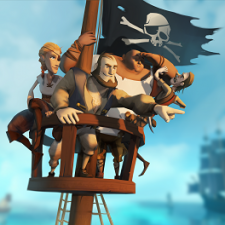 Resolution Games has released its latest mobile VR game for Google Daydream, the pirate themed strategy adventure, Narrows. The game combines real-time crew-management with ship-to-ship combat, customisation and rogue-like replayability as every new game comes with a fresh set of maps and choices.

Players will experience the Caribbean during the golden age of piracy as they set out to make their fortune on the high seas. Gameplay has been honed to make players feel like the captain of their own sea roving vessel, with experiences including swashbuckling sword fights, ship-to-ship battles, charting your own course, and managing a crew of misfits.

The Swedish studio is best known for its VR fishing game Bait!, which has been downloaded more than 2 million times, and highly-rated mini-game collection, Wonderglade.

“We’ve been incredibly proud of what we’ve accomplished with our previous game releases,” said Resolution Games CEO and co-founder Tommy Palm, “and with Narrows, we’re continuing to push the boundaries of what’s possible with VR on mobile devices. With an assortment of ships to unlock, islands to explore and plunder to pillage, there are countless ways you can approach your own personal pirate adventure.

“Narrows is the most content-heavy game we’ve ever made, and one of the most engaging and visually stunning games available on mobile VR to date. It’s a shiny doubloon that you’ll want to keep in your treasure chest of great VR games.”

Narrows is available now on Daydream for $9.99.