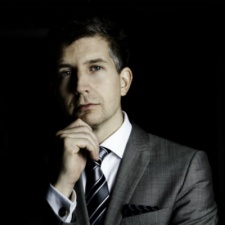 But did the Resolution Games team ever expect Bait! to have such a large reach, in what are still early days for mobile VR? "As VR is such a new industry we didn't really know what to expect originally when we set out to make the game," Palm recalls. "Since then, we have been positively surprised by the relatively big numbers of players. "Coming from mobile, we are of course used to much bigger install base. But as a game developer, I feel that even though VR is very early in its lifespan, it is already possible to make great content."

In terms of getting this content in the faces of VR consumers, Palm believes that being featured by platform holders remains of vital important to VR game developers, as is receiving positive ratings in the store from existing players. "I don't think that traditional word of mouth has the same importance as on more established platforms yet, since it is so far between players," he explains.

The announcement of Bait!'s two million downloads also coincided with the addition of support for the Gear VR's new one-handed motion controller. But just how much will this improve the overall experience?

"Bait! becomes a much better game when you can actually hold a fishing rod in your virtual hand," says Palm. "The more natural the motion, the more you feel actually present and immersed within the experience. We implemented it first as a one-button game, but we knew that we would have better controllers one day and are glad to see that becoming standard."

It's easy to forget just how young this mobile VR hardware is; the limits and potential of the platform are still being defined, but there can be no doubt that reaching two million players bodes well for Resolution Games and other developers in the space.

"VR games is a new medium and I am very excited about the impact it has on immersion and characters," considers Palm. "It is truly incredible what you can achieve today on mobile VR and the platform is only advancing. We still learn a lot of new interesting things every day. It's a constant learning, testing and boundary-pushing type of environment. This is one of the things that keeps us so driven."

This article was originally published on our sister site, PocketGamer.biz