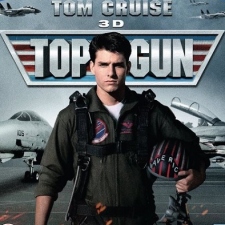 Hollywood movie studio, Paramount Pictures, has partnered with Bigscreen to launch a VR movie theatre. Developed in collaboration with Oculus, Samsung, HTC and Microsoft, viewers put on their VR headset of choice to sit in a virtual cinema with other moviegoers.

The software recreates the entire experience of going to the movies, from walking into the cinema - complete with one-sheet advertising - and into the theatre seating. There will even be trailers prior to the main film, but at least viewers won’t have to smuggle snacks into this screening as they take their place among an audience and can chat before the movie starts to everyone next to them or watching with them.

Paramount will open the virtual doors to its cinema o 3rd December with a screening of Top Gun 3D that will be repeated every 30 minutes for 24 hours.

Speaking to Deadline, Tom Hayes, SVP New Media at Paramount said, “This is what happens when you collaborate with Silicon Valley. It launches a possible new platform for the film business. You can add all sorts of bonus content with the filmmakers’ Q&A, games, trivia, for example, afterwards. There’s no limit to what we can do.”