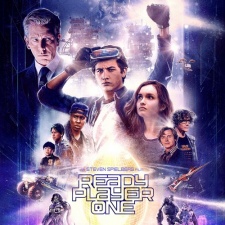 Steven Spielberg’s latest film Ready Player One hit cinemas in the UK today - it'll be released in the US on March 29th - in what could be a big moment for virtual reality.

Based on the popular best-selling 2011 sci-fi novel by Ernest Cline, the film tells the story of Wade Watts who’s on the hunt for special 'Easter Egg' in the virtual world of Oasis. Whoever finds them first will gain control of the virtual world.

It’s all set against the backdrop of a real-world struck by global warming and overpopulation - with Oasis providing people with a means of escape.

The book and film pack plenty of nostalgic references for 1980s pop culture and the history of video games. References in the film include Jurassic Park, Back to the Future, King Kong, The Iron Giant and Tron, to name just a few.

Spielberg’s film is inspired by the books but is said to take its own turns. It currently has an 83 per cent rating on movie review aggregation site Rotten Tomatoes and a 66 rating on Metacritic.

With a reported budget of $175 million and the backing of famous director Spielberg, the movie is a fully-fledged blockbuster.

The film’s release is set to be the biggest moment for the virtual reality market since the launch of the Oculus Rift, PS VR and HTC Vive. It's just a shame the $199 Oculus Go isn't ready in time, though there's still the Gear VR and Google Daydream for cheaper, mobile-powered headsets.

While not a game or piece of hardware, of course, should the film bring in the crowds and enjoy mainstream success, it could have a positive impact on the VR market in general.

One of the biggest difficulties for VR is convincing people to first try it and experience it for themselves. While the film offers a glimpse of technology that’s far off in the future - it still gives a taste of the worlds that already await them on current hardware.

As VR struggles to gain consumer traction and the wait continues for the true killer app - perhaps it’ll be a blockbuster film that truly kicks off public interest?