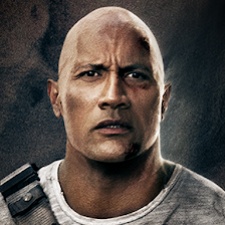 Warner Bros has partnered up with mixed reality developer Trigger to launch a new location-based AR title based on the upcoming film Rampage.

The movie, starring Dwayne ‘The Rock’ Johnson, is based on the old arcade and console game franchise of the same name.

In the games, players would take control of enormous monsters and wreak havoc on a city while also fending of attacks from the military.

Trigger’s new mobile game aims to take the action into the real world. Users can take control of giant beasts like George the gorilla, Ralph the wolf and Lizzie the alligator to climb and smash buildings around them.

The app has been built using Apple’s ARKit. Players of the app can also watch the trailer, purchase tickets and get access to an online version of the original Rampage game.

LA-based developer Trigger has worked on numerous VR/AR/XR projects, including interactive The Last Jedi AR stickers for Google Pixel and a Star Wars AR experience that brought life-size Star Destroyers and TIE Fighters to 20 landmarks around the world.

This story was originally published by our sister site, PocketGamer.biz.