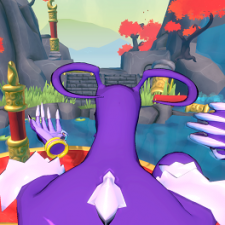 The game is a local multiplayer where you duel 1v1 or invite up to four heroes to fight for fame. Whether players go hands-on or wield the arcane arts, none of the two bosses they control are the same. From magical mountain tops to glimmering astral planes, the developers claim that Nemesis Realms offers something players can only experience in VR.

Evocat Games are one of the start-ups participating in the Nordic VR Startups accelerator programme. They’ll be at XR Connects Helsinki this week, where you can try the game for yourself.