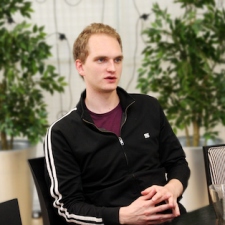 Marko Järvi, Co-founder and Game Designer at Evocat Games explains the studio’s philosophy for successful VR game design and how it informed work on the its upcoming game, Nemesis Realms.

Most of us involved with VR love the challenge of working with new technology. There are always problems to be solved and rules to be created; this is what makes it so exciting to work at Evocat Games.

It’s always challenging to create a comfortable gaming experience with new technology. When we started, there were no existing norms and we had to create our own set of principles to tackle the challenges. These principles have become the foundation of our company.

If a game works better on some other platform, it shouldn’t be done on VR.

With these guiding principles in mind, our upcoming game focuses on first-timers. We want to expand the market by providing the best first experience for everyone who dives into the VR world. To ensure this, a game needs four things:

Most of the big publishers haven’t yet had the courage to jump into VR because the market is small.

It’s fair to say that the future of VR is built on content, but most of the big publishers haven’t yet had the courage to jump into VR because the market is small. We’re still waiting for the first killer app that would start the VR revolution. My vision is that the killer app will have all the elements mentioned before: immersion, accessibility and shared experience. Motion sickness is also a key issue that needs to be solved.

One of the strengths of the game we’re working on now is that it’s always a different experience because you’re playing against another person – your friend. Playing against a computer just can’t compete with this. Right now, the market for local PvP games is small, but our goal is to reinvent how VR games are being played. The world must be pleasant and the characters in a key role. We’re not pursuing a realistic world, but trying to create a fictional world that can’t be experienced outside of VR.

We’ve understood how important it is to know who you’re making the game for. This requires clarity of vision.

Find A Mentor That Challenges Your Thinking

We estimate that by 2020, the user and device base will be large enough for a radical market growth. Right now, everyone working with VR is doing the groundwork for the coming years. This is financially hard, which makes it great to work with the Nordic VR Startups incubator program.

The Nordic countries don’t have too many incubators focusing on VR, so the programme we’re involved with is doing pioneering work, thanks to the community itself in addition to the interesting mentors. For us, this is the best way of trying out our wings with our own product.

With the programme’s cooperation, we’ve been forced to consider these basic building blocks of our business and question everything. We’ve often had to answer the question ‘Why?’, which has clarified both our current and future vision. It’s fair to say that now we’re in a much better place than when started. Thanks to the help from other teams that offer their own point of view, we aren’t working in our own bubble anymore.

We’ve understood how important it is to know who you’re making the game for. This requires clarity of vision. One example of this is that in Nemesis Realms, we’ll have to know how the first-time players think. Creating an intuitive experience requires simplifying the game, without taking anything crucial away. We’ve learnt to keep simplicity at the heart of our design philosophy.

Marko Järvi is an award-winning game designer and co-founder of Evocat Games. He released his first VR game in 2015 to Oculus Share. Marko shipped 10 games while he was studying at Kajaani University of Applied Sciences – at best, 30 students were involved in his projects across two continents. After that, he has been busy for prototyping a killer app for VR. Currently, Evocat Games is part of Nordic VR Startups accelerator founded by gumi Inc. and Nordisk Film.

You can meet Evocat Games at XR Connect Helsinki 2017 today and tomorrow to find out more about their newest release and philosophy for VR games design.