Six Of The Best: 14th August 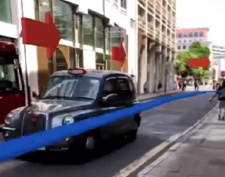 Six Of The Best
The top six trending stories of the past week on TheVirtualReport.biz:

From museums to magic, we've got AR well and truly covered at XR Connects Helsinki 2017.

From advances in advertising in VR and the major trends in VR gaming to how neuroscience and VR is changing the way we tell - and enjoy - stories.

Our panel of industry experts look forward to the general release of Apple’s ARKit this autumn and touchscreen’s potential as a minimum viable product for AR.

5) Interview: "We can say the word augmented with a straight face": Wargaming's Matt Daly on virtual museum exhibits

The VR Fund has released its latest snapshot of the industry and finds robust increases driven by major players Facebook and Apple.