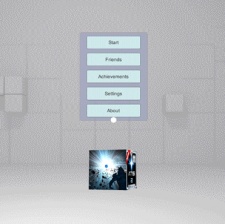 Area 120, Google's internal workshop for experimental ideas, working on early-stage projects to quickly iterate to test concepts. One of those projects right now is experimenting with what a native, mobile VR ad format might look like to help developers make money and fund their VR applications.

The project aims to avoid disruptive, hard-to-implement ad experiences in VR. The first idea for a potential format presents a cube to users, with the option to engage with it and then see a video ad. By tapping on the cube or gazing at it for a few seconds, the cube opens a video player where the user can watch, and then easily close, the video.

The work focuses on a few key principles: VR ad formats should be easy for developers to implement, native to VR, flexible enough to customise, and useful and non-intrusive for users. The San Francisco based team has seen some encouraging results with a few test partners and would like to work with the developer community as this work evolves across Cardboard (on Android and iOS), Daydream and Samsung Gear VR.

If you're interested in testing this format, fill out this form to apply for the early access program, including SDK.