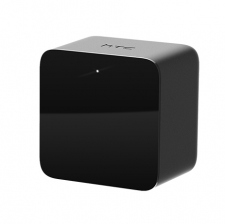 Synapse has opened additional slots for its SteamVR training courses in November and December in response to demand from the development community. Since Valve began the training scheme for third-parties this August, 50 developers have already completed the training to become a licensee. If you want to take the course, you should sign-up now, because there are no plans to continue the course past December.

The course costs $2,975, for which developers receive dev kits including a modular reference tracked object suitable for attaching to prototype HMDs or other devices, individual sensors for building a tracked object, and accessories to enable custom prototypes. The course also provides a foundation in the theory of SteamVR Tracking through a series of lectures and labs. Once the course is completed, there are no further licensing fees or royalties required for using Lighthouse tracking technology.

Valve has been laying heavy emphasis on making their Lighthouse room-scale tracking technology available for integration into third party products to help accelerate growth throughout the VR industry. During the annual Steam Dev Days event that took place in early October, Valve claimed that SteamVR licensees span across a multitude of industries, ranging from, “entertainment VR to automotive to television and toys,” And we can expect to see some of the products release in 2017.