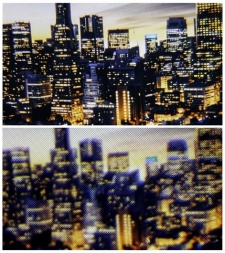 Finland’s Varjo has just closed an $8.2M Series A funding round from European funds and private investors, led by The EQT Ventures Fund.

We wrote about Varjo when the company came out of stealth in June, with claims of, ‘Resolution 70 times higher than any currently shipping or announced HMD’.

From Start-Up To Best In Class

Urho Konttori, CEO and founder of Varjo Technologies said, “Varjo is fast growing from a start-up to a best-in-class global supplier of VR/AR headsets. We are now moving past research into the development stage.”

Ted Persson, Design Partner investment advisor to EQT Ventures said, “It wasn’t until the EQT Ventures team tried an early Varjo prototype and experienced its human-eye resolution that we realised how flawed many of today’s VR and AR platforms are. Suddenly, we could see every single detail and even read the text. The team realized that this had the potential to be really transformative.

"Varjo’s enterprise strategy really stands out. While the mass consumer adoption of VR is taking a bit longer than anticipated, Varjo is serving the professional markets, where there’s huge demand already now.”

Varjo intends to start shipping hardware for professional users and applications by the end of the year.