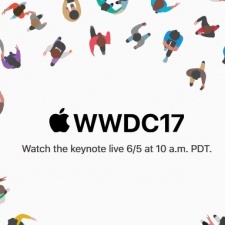 The mobile giant is expected to reveal new updates for its array of devices and operating systems including iOS, watchOS and tvOS, with rumours of a new iPad Pro and a Siri-powered rival to Amazon Echo.

But of course, we’ll be watching in the hope that the Cupertino powerhouse weighs into the AR battleground with iPhone 8 - and the smartglasses we keep hearing referred to as Project Mirrorshades - to take the fight to Facebook (read about their ambitions for VR and AR from F8) and Google (find out more on Daydream and Tango from I/O 17).

Apple TV owners can watch live on their TV through the Apple Events app, available on the App Store. You can also catch the WWDC presentation via Apple’s website here.

Don’t worry if you can't watch the livestream – we’ll bring you all the AR news from WWDC as it happens...