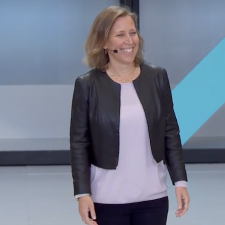 After a rock n’ roll opening to the open air festival that is Google I/O, we waited over an hour for a glimpse of a Daydream headset in a video – and another 15 minutes before Susan Wojkiki, CEO at YouTube shared the company’s vision of sharing videos ‘on-demand on any screen’ saying, “Our fastest growing screen... is the one in your living room”. She shared the news that this sector is growing at 90% a year before introducing Sarah Ali, Head of Living Room Products at YouTube.

Ali announced that YouTube users on TV will be able to view 360 videos via Sony Android TVs and XBox One, illustrating the point with viewing the Northern Lights from Alaska, as well as footage from a live concert. Ultimately, she said that users will be watching live 360 footage in the comfort of their living rooms and on the biggest screen in the house.