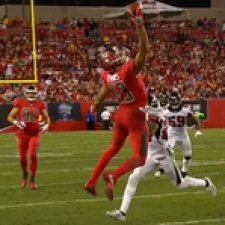 NFL and Google have announced the production of a new, 9-part 360 VR film series that aims to give viewers multiple perspectives of life in and around the NFL, with the first episode set to release for on November 24th. The series, currently under production by NFL Films, will be available on YouTube and the NFL VR app designed for Google’s mobile VR platform, Daydream.

Using Jump, Google’s 360 camera and capture system, viewers will be able to watch and experience the various lifestyles of those involved with the NFL. In the first episode, for example, viewers will spend a week with the Philadelphia Eagles defensive line as they prepare for the upcoming match and gain exclusive access to the Eagle’s bench and sideline on game day. In future episodes, available via both YouTube and Daydream, viewers will get to tag along with the Miami Dolphins cheerleaders, experience the distinctive football culture in Green Bay, and look inside the San Diego Chargers organisation.

The 360 VR series could just be the start for VR in the NFL. Eventually, we could be buying tickets for virtual front seats or even watching live from VR player-cams as a play unfolds. In this video, the NFL show its ambition to make that happen.