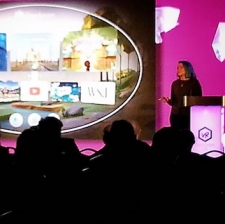 Mary Cassin is on the Tango team, working on prototyping VR and AR projects for Google Daydream. At VRWC, she spoke about the design principles for creating useful demo environments, in particular the need to quickly work out how to overcome user discomfort: