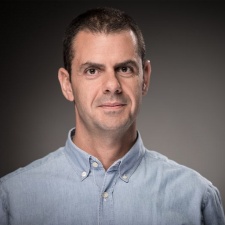 Snap has hired Facebook's vice president of platform partnerships Konstantinos Papamiltiadis to fulfill the same role with the ambition of encouraging more creators to adopt its augmented reality (AR) technology. Papamiltiadis had been with Facebook for nine years, before which he held senior positions at Yahoo and Skype.

Snap began its transition from a youth-oriented social media network to an AR outlet, releasing its ambitious Spectacles glasses as we reported in 2016. Recent numbers from the Santa Monica tech co reveal that more than 200,000 AR creators use the company’s Lens Studio tool to build AR lenses for Snapchat, while more than 200m users engage with AR content on the app daily.

As quoted in articles on Bloomberg and Variety, Snap’s senior vice president of content and partnerships Ben Schwerin said that Papamiltiadis, “Has deep expertise in turning products into scaled platforms… We... look forward to working together to help partners around the world find creative ways to leverage Snap technology, including augmented reality and beyond.”