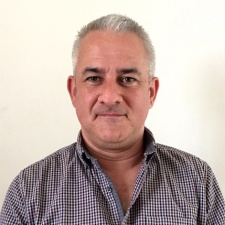 Kuju continues to bolster its senior management team with the appointment of Mick Morris as Business Development Director. A 17-year veteran of the video games industry, Morris founded Audiomotion in 2003 and headed up the pioneering motion capture studio as Managing Director until 2016.

Since then he has worked in a consultancy capacity, which he will continue alongside his new role as Business Development Director at Kuju. Morris has also been a Trustee of games industry charity SpecialEffect for the past five years.

Morris’ appointment comes just a few months after the appointment of Brynley Gibson as Head of Studio at Kuju Games and Kuju Enterprise – a new division focusing on providing VR experiences outside of the traditional games business.

Kuju Enterprise recently completed development on a high profile and innovative music video VR experience on behalf of Sony Music and Sony Corp, for The Chainsmokers’ Paris single. The Chainsmokers: Paris VR was released in the US exclusively for PS VR at the end of April 2017 with a global release to follow.

“It is fantastic to be able to bring Mick into the business at this time of growth in both our Games and Enterprise divisions,” said Gibson. “With his wealth of experience across the games and film industries it will allow us to increase our scope and ambition in what we are looking to achieve.”

Morris added, “I had been talking with Brynley for a few months about coming onboard and, when I saw what the team had achieved with the hugely successful Chainsmokers Paris project, I was simply blown away. He is one of the few pioneers and experts in this business who truly understands the VR landscape. I'm very excited to be working alongside him as Business Development Director and together we will build on this success and continue to grow the games and enterprise side of the business."