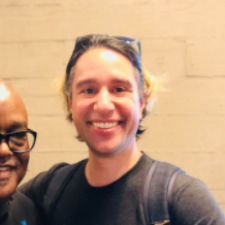 Twitter's Director of AR and VR, Alessandro Sabatelli used the social media platform to announce his departure from the company.

In the Tweet, Sabatelli said, “After three and a half years I'm moving on from Twitter (actual elapsed time 18 months). It's been an incredible ride and I've had the great pleasure to work alongside some amazing people! Together we managed to ship product while having fun.”