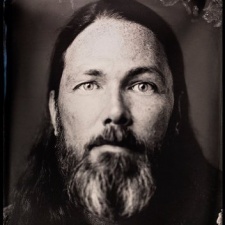 Games industry veteran and regular Indie Pitch panelist, Immersion’s Robert W. Heubel, explains how the judges approach the competition, how important it is to them, and what every contestant gains from the experience; winner or otherwise.

Judging indie VR games is different from judging non-VR titles. One key difference is that entrants get eight minutes to review each game instead of four. In that time, judges have to learn the name of the game and developer, price point, release date, targeted release platform and how the developer intends to monetise. Oh, and they need to play the game...

You might think, “How in the world can you get a good sense of any game, much less a VR game, in that amount of time?” But that’s exactly the point of The VR Indie Pitch. Developers learn to pitch the details and merits of their game as concisely as possible to us judges, who are also prospective investors, publishers or the press. And at the same time, are in the running for prizes and notoriety as they work to get their games to market.

If you were a fly-on-the-wall during the judges’ final review, you’d truly be impressed by the amount of spirited debate that ensues.

As we reviewed the pitches, each judge made a mental note of their top three favourite games and the panel went off to discuss the merits and demerits of each game. This is the part of the judging that developers can’t fully appreciate. If you were a fly-on-the-wall during the judges’ final review, you’d truly be impressed by the amount of spirited debate that ensues.

And around it goes like this until the judges have their first, second and third place winners. Sometimes there are clear winners. But usually, it’s the passionate judges debating and swaying of a single vote from one game to another game that finalises the results.

It’s not easy to pitch your game to a panel of judges. And it’s harder to walk away from a competition without a win, place or show. But even without gaining winning recognition at The Indie Pitch, each developer walks away with a better sense of how to pitch their game to the next person judging their game, whether they be an investor, publisher, news editor, or just a new player.

And that holds true for tethered and mobile VR, as well as AR titles. It’s a true XR judging experience, so don’t shy away from the competition if you’re an AR indie developer.

Judges Are Gamers Too

Most judges are passionate gamers themselves and want to see these developers succeed. Many judges follow up after the events with individual comments, or at least give each developer their contact details so developers can reach them later. This, perhaps, is the greatest benefit that comes from the judging events; the connections indie developers make with game industry veterans.

I’ve worked with dozens of indies after these events, offering them everything from critical comments to play testing and industry introductions. Why? If you have to ask, you’re clearly not a gamer...

Congratulations to all The VR Indie Pitch Helsinki winners and participants.

Six Of The Best: 25th September