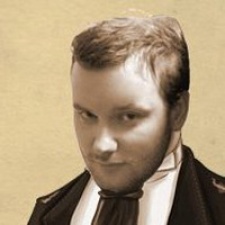 Today, we're speaking to The House of Fables' Adam Robaszyński-Janiec, who took third place prize in the XR Indie Pitch at XR Connects Helsinki this year with their game, Trains VR. He'll also be joining us in London in a few weeks to help judge The XR Indie Pitch at Pocket Gamer Connects London 2018.

Adam Robaszyński-Janiec: The House of Fables is made up of a bunch of hotheads and nerds. Currently we have 20 people in the team, of different ages, experience and hobbies. Girls, guys, seniors, beginners – you name it. But the one thing we all have in common is that pretty much all of us were regular gamers before we started our adventure. Different platforms, different genres, same passion for games.

Eventually this led us to where we are now – a reasonably large studio, working on both our own projects and helping other studios in their development process. This might sound a bit cheesy, but the truth is that, for a lot of us, working in this industry is simply a childhood fantasy come true.

VR/AR is an exciting adventure, and a world full of new opportunities that we, as game developers, are keen to explore.

We took our latest project to Helsinki – Trains VR. It’s a casual model railway puzzle game, where players can fulfill their childhood dream of not only constructing the most ingenious train routes, but also experiencing the thrill of riding along them as a locomotive driver.

Accompanied by beautiful toy-like graphics and logic puzzles, the title will guarantee many hours of creative fun for gamers of all ages. Plus one thing parents should really appreciate – you can have all that fun, but without the usual mess and lots of space at home, something they know all too well when it comes to their kids playing with model railways.

It’s still a fairly new branch of the industry, so it is indeed challenging at times. That’s why it’s important not to base your whole business model just on VR. At least this is what works pretty well for us. VR is only one element in all the projects we do. We mainly focus on premium casual HOPA games. We treat VR/AR as an exciting adventure, and a world full of new opportunities that we, as game developers, are keen to explore.

The chance to look at your game through the eyes of industry professionals, to listen to what they have to say about it will help you create a better game. That’s all that matters at the end of the day.

It was a fantastic opportunity and we’re happy we got the chance to be a part of it! Amazing atmosphere, great organisation, lots of cool people willing to share their thoughts and feedback about our game. That’s what we value the most.

You know, being a game developer, working on your game full time, sometimes you lose sight of the bigger picture. It’s like with parents and their kids – parents always think their kids are the greatest, but sometimes it’s not exactly true. That’s why it’s so important to have somebody you trust, to tell you that your kid is having some issues you need to deal with. And it works in exactly the same way with games. As a developer, you may think that this feature you’ve just designed is fantastic and your game is the best out there, just because it’s your game. You treat is personally.

That’s why events like the VR Indie Pitch are important. They give you the chance to look at your game through the eyes of other industry professionals, to listen to what they have to say about it. You may not agree with all their feedback, but critique like this will eventually help you create a better game. That’s all that matters at the end of the day. We’ll definitely be taking part in the Indie Pitch again!

The feedback we already mentioned, and also advice and opinions shared by the judges were the most important things for us. Honestly, the award we received this time is mainly thanks to the first round of game evaluation during our previous Indie Pitch. We listened carefully to what the judges had to say about our game, went back home, thought everything through, implemented changes based on that feedback, took part in the VR Indie Pitch again, and won! In our opinion this proves how helpful and important such industry meetings are.

Most of all, we hope that gamers of all ages will enjoy our game and spend many hours building their railways and enjoying the creative freedom the game gives them. We are not only planning to release the VR version, but an AR one too, and at some point in the future hopefully a mobile and PC version as well. Exciting times are ahead, so follow news from our studio so as not to miss the Trains VR launch date!